In the world of competitive gaming, where mere milliseconds can make the difference between victory and defeat, NVIDIA today unveiled new G-SYNC® displays with a 360Hz refresh rate, providing esports enthusiasts and competitive gamers with the fastest gaming displays ever made. At 360Hz, game frames are displayed once every 2.8ms—up to 6X faster than traditional gaming displays and TVs.

Rapid Rise in Esports Participants and Tournament Prizing
The esports and competitive gaming communities continue to expand at a phenomenal rate. More than 60% of GeForce gamers worldwide play competitive games every month and $211M was awarded(1) as esports prize money in 2019, representing a 29% jump from the previous year. Esports viewership has skyrocketed as well, with more than 450M gamers tuning in to watch competitive tournaments played in real time(2).

NVIDIA G-SYNC--Driving Innovation and Advancing Gaming
First introduced in 2013, NVIDIA G-SYNC is best known for its innovative Variable Refresh Rate (VRR) technology that eliminates tearing by synchronizing the refresh rate of the display with the GPU’s frame rate.  Since then, G-SYNC processors have added new display technologies to accelerate esports panels, including dynamic overdrive to enhance player perception, custom-tuned firmware to improve image quality for better target acquisition, and now 360Hz refresh rates for rapid reaction time.  While esports pros previously accepted frame tearing on their display to avoid waiting for the next frame to update, with G-SYNC’s 360Hz and VRR technologies, frames now refresh in less than 3ms, so esports pros can get both tear-free frames and incredibly low latency.

NVIDIA will be demonstrating the new 360Hz G-SYNC display at its press suite at the Wynn hotel during CES this week, featuring a set of esports demos that show how 360Hz improves gamer’s performance in target acquisition, aiming, and perception.

About NVIDIA
NVIDIA (NASDAQ: NVDA) is a computer technology company that has pioneered GPU-accelerated computing. It targets the world’s most demanding users — gamers, designers and scientists — with products, services and software that power amazing experiences in virtual reality, artificial intelligence, professional visualization and autonomous cars. More information at http://nvidianews.nvidia.com/.

Certain statements in this press release including, but not limited to, statements as to the performance, benefits, impact and availability of NVIDIA’s new G-SYNC displays and the ASUS ROG Swift 360 are forward-looking statements that are subject to risks and uncertainties that could cause results to be materially different than expectations. Important factors that could cause actual results to differ materially include: global economic conditions; our reliance on third parties to manufacture, assemble, package and test our products; the impact of technological development and competition; development of new products and technologies or enhancements to our existing product and technologies; market acceptance of our products or our partners' products; design, manufacturing or software defects; changes in consumer preferences or demands; changes in industry standards and interfaces; unexpected loss of performance of our products or technologies when integrated into systems; as well as other factors detailed from time to time in the most recent reports NVIDIA files with the Securities and Exchange Commission, or SEC, including, but not limited to, its annual report on Form 10-K and quarterly reports on Form 10-Q. Copies of reports filed with the SEC are posted on the company's website and are available from NVIDIA without charge. These forward-looking statements are not guarantees of future performance and speak only as of the date hereof, and, except as required by law, NVIDIA disclaims any obligation to update these forward-looking statements to reflect future events or circumstances.

© 2019 NVIDIA Corporation. All rights reserved. NVIDIA, the NVIDIA logo, GeForce, GTX, NVIDIA Pascal and NVIDIA Turing are trademarks and/or registered trademarks of NVIDIA Corporation in the U.S. and other countries. Other company and product names may be trademarks of the respective companies with which they are associated. Features, pricing, availability and specifications are subject to change without notice.

A photo accompanying this announcement is available at
https://www.globenewswire.com/NewsRoom/AttachmentNg/8c84a77f-fb5f-4abd-8c94-6b017eb15066﻿

A video accompanying this announcement is available at
https://www.globenewswire.com/NewsRoom/AttachmentNg/1720bdd9-c299-4e5c-9801-1bc66c5c4910 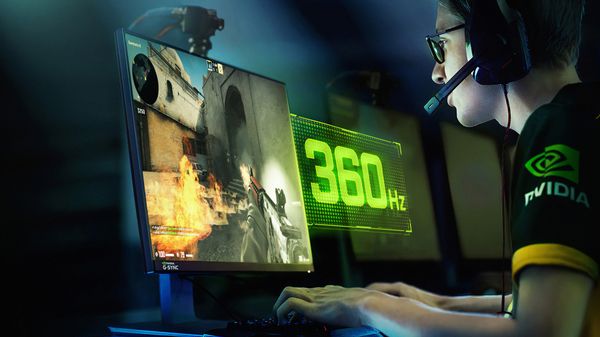