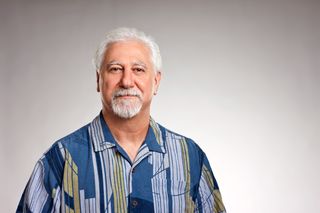 Chris Malachowsky founded NVIDIA in 1993 and has more than 40 years of industry experience. He serves as a member of the executive staff and a senior technology executive for the company.

Malachowsky has been instrumental in managing, defining and driving the company’s core technologies as it has grown from a startup to the global leader in visual and parallel computing. As an executive at NVIDIA, he has led numerous functions, including IT, operations and all facets of the company’s product engineering. Most recently, he was responsible for NVIDIA’s world-class research organization, which is chartered with developing the strategic technologies that will help drive the company’s future growth and success.

Prior to NVIDIA, Malachowsky held engineering and technical leadership positions at HP and Sun Microsystems.

Beyond his technical accomplishments, Malachowsky has also received an Emmy for a film he helped produce, Inheritance, that won Best Documentary in 2009. He was also inducted into the Florida Inventors Hall of Fame in 2019.