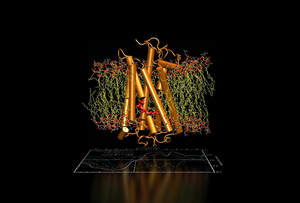 SANTA CLARA, CA -- NVIDIA today announced the Tesla Bio Workbench, which enables scientists to push the boundaries of biological research by turning a standard PC into a "computational laboratory" capable of running complex bioscience codes in fields such as drug discovery and DNA sequencing more than 10-20 times faster through the use of NVIDIA® Tesla™ GPUs.

The Tesla Bio Workbench consists of:

Scientists have traditionally performed experiments in laboratories, where chemicals are combined, their interactions studied and their effectiveness measured. Advances in computational science have now enabled these experiments to be carried out using molecular dynamics and quantum chemistry simulation models, however these have typically required very large supercomputers with thousands of central processing units (CPUs).

By using the massively parallel CUDA™ architecture of NVIDIA GPUs, these applications can now be run 10-20 times faster, which means even a PC with Tesla GPUs can outperform a supercomputer.

"We are working on a new GPU-based technique in the VMD molecular dynamics visualization software that investigates how small molecules like oxygen and CO2 migrate inside proteins. This research is critical in the study of enzymatic reaction mechanisms," said John Stone, senior research programmer, University of Illinois at Urbana-Champaign. "A simulation that takes 1 day to run on a GPU-based workstation would have taken 30 days to run on a CPU-based machine, rendering it impractical for real research."

"TeraChem is a powerful molecular modeling package whose calculations can guide the design of new drugs while avoiding wasted time synthesizing unpromising candidates," said Todd Martinez, professor of physical and theoretical chemistry at Stanford University. "With TeraChem, calculations that would have taken days or weeks on a computer cluster can now be performed routinely on NVIDIA GPU-enabled workstations. This allows high-throughput computational screening and can accelerate the drug design process."

"Using AMBER to carry out simulations of a cellulose hydrolyzing enzyme called Cellobiohydrolaze-I, which is a key component in improving the efficiency of bio-ethanol production, we're seeing performance from a single NVIDIA GPU that's equivalent to a 10 node cluster," said Ross Walker, Research Professor at the San Diego Supercomputer Center, UC San Diego.

"Researchers here are using the GPU-based NAMD molecular dynamics software to study how virus cells react to different drugs, including studying the effectiveness of drugs on the H1N1 virus," said Klaus Schulten, Swanlund Professor of Physics, Director of the NIH Resource for Macromolecular Modeling and Bioinformatics and Co-director of the NSF Center for the Physics of Living Cells at University of Illinois at Urbana-Champaign. "NAMD running on 4 GPUs in a workstation can outperform 16 CPUs in a server farm."

"One of the future challenges of molecular simulation is to enable automated drug screening. We have traditionally used GROMACS to calculate the binding of drugs to membrane proteins by using large clusters, but this is both a costly and complex process," said Erik Lindahl, associate professor at the Center for Biomembrane Research at Stockholm University. "We are now adding GPU support because a single GPU can be up to 4-5X faster than a CPU for most normal simulations. Within a few years, we expect workstations equipped with a handful of compute cards to have taken a huge part of the market and because of this we see NVIDIA as a critically important partner."

NVIDIA (NASDAQ: NVDA) awakened the world to the power of computer graphics when it invented the graphics processing unit (GPU) in 1999. Since then, it has consistently set new standards in visual computing with breathtaking, interactive graphics available on devices ranging from portable media players to notebooks to workstations. NVIDIA's expertise in programmable GPUs has led to breakthroughs in parallel processing which make supercomputing inexpensive and widely accessible. Fortune magazine has ranked NVIDIA #1 in innovation in the semiconductor industry for two years in a row. For more information, see www.nvidia.com.

Certain statements in this press release including, but not limited to, statements as to: the benefits, features, impact, performance and capabilities of Tesla Bio Workbench, NVIDIA Tesla processors and CUDA architecture; are forward-looking statements that are subject to risks and uncertainties that could cause results to be materially different than expectations. Important factors that could cause actual results to differ materially include: development of more efficient or faster technology; design, manufacturing or software defects; the impact of technological development and competition; changes in consumer preferences and demands; customer adoption of different standards or our competitor's products; changes in industry standards and interfaces; unexpected loss of performance of our products or technologies when integrated into systems as well as other factors detailed from time to time in the reports NVIDIA files with the Securities and Exchange Commission including its Form 10-Q for the fiscal period ended October 25, 2009. Copies of reports filed with the SEC are posted on our website and are available from NVIDIA without charge. These forward-looking statements are not guarantees of future performance and speak only as of the date hereof, and, except as required by law, NVIDIA disclaims any obligation to update these forward-looking statements to reflect future events or circumstances. 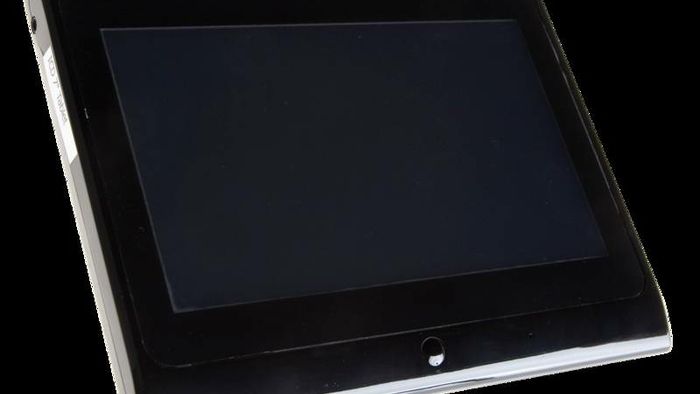