The combination of NVIDIA SLI technology -- which allows for multiple GPUs to run on a single PC -- and new X79-based motherboards allow gamers to customize their PC experience with up to four NVIDIA GeForce® GTX GPUs, including the GeForce GTX 580 and GTX 570, the world's fastest DX11 GPUs. Licensed by the world's leading motherboard manufacturers -- including Intel, ASUS, ASRock, EVGA, Foxconn, Gigabyte and MSI, SLI technology is crucial for playing this year's hottest graphics-intensive games, such as the recently released Battlefield 3 and upcoming Batman: Arkham City with detail, resolution and immersion settings cranked up.

"Falcon's entire desktop lineup will be moving to Sandy Bridge-E, and NVIDIA SLI technology was an absolute necessity for every model we make," said Kelt Reeves, president of Falcon Northwest. "It was critical for us to offer our clients multi-GPU options, and pairing Sandy Bridge's monstrous new CPU horsepower with SLI's monstrous graphics power will give gamers and enthusiasts smoother frame rates and a better visual experience."

NVIDIA SLI technology is now available for all consumer-based desktop and mobile PC platforms, including previous versions of Intel Core i7, Core i5, Core i3, Core 2 Quad and Core 2 Duo processors, as well as those based on the AMD Bulldozer and Phenom II CPUs.

NVIDIA DX11 GPUs are designed to deliver the world's fastest performance for DX11 games, and are the only consumer GPUs to feature multiple tessellation engines for advanced graphics rendering capabilities. NVIDIA GeForce GPUs also provide gamers with additional features not found on any other discrete graphics solutions, such as NVIDIA PhysX® technology for deeper gaming immersion, and support for NVIDIA 3D Vision™ technology, delivering eye-popping stereoscopic 3D on a single display or spanning across three screens for an immersive gaming environment.

Note to editors: to download images of new X79/SLI systems and motherboards from companies listed in this press release, please visit: http://bit.ly/srWPgJ.

"The combination of an Intel X79 motherboard and NVIDIA GeForce GTX SLI will break all the existing performance barriers raising the gaming standard for the power user. The wait is finally over."
-- LL Shiu, Chief Operating Officer at ASRock

"PC gaming is growing at a rapid pace. With so many hot games rolling into the market, it's time for gamers to switch the gear. All hardcore gamers looking for the best bang for the buck will naturally gravitate towards an Intel X79 motherboard and GeForce GTX GPUs as this combination will provide enthusiasts with the best gaming platforms for 2011 and 2012."
-- Kent Chien, General Manager, Multimedia Business Unit at Asus

"EVGA is extremely excited to be launching new NVIDIA SLI-ready Intel X79 chipset based motherboards. Right now is a great time to be a PC gamer, and with the latest game titles, the need for enthusiast performance hardware is more apparent than ever."
-- Bob Klase, VP of Sales at EVGA

"For playing any of today's hottest PC titles, the pairing of Intel X79 motherboard and GeForce GTX SLI is one awesome combination that our customers have been asking for."
-- Henry Kao, Vice President of GIGABYTE Motherboard Business Unit

"MAINGEAR's got what gamers want: expertise, extreme performance, and options galore. If you're looking for a new PC featuring the new Intel X79 platform with extreme overclocking and NVIDIA GeForce graphics in single, dual, 3-way or even quad SLI, combined with MAINGEAR's EPIC liquid cooling solutions, gamers can have the best immersive gaming experience possible."
-- Wallace Santos, CEO of MAINGEAR

"Gamers know that the best way to experience their games is with an Intel CPU and NVIDIA GPUs. Now, they will be able to harness the power of multiple GPUs for even more performance and immersion features with our Intel X79 motherboard and GeForce GTX GPUs."
-- Jeremy Liao, Assistant Vice President of Multimedia Department at MSI

About NVIDIA
NVIDIA (: ) awakened the world to computer graphics when it invented the GPU in 1999. Today, its processors power a broad range of products from smart phones to supercomputers. NVIDIA's mobile processors are used in cell phones, tablets and auto infotainment systems. PC gamers rely on GPUs to enjoy spectacularly immersive worlds. Professionals use them to create visual effects in movies and design everything from golf clubs to jumbo jets. And researchers utilize GPUs to advance the frontiers of science with high-performance computing. The company holds more than 2,100 patents worldwide, including ones covering ideas essential to modern computing. For more information, see www.nvidia.com.

Certain statements in this press release including, but not limited to statements as to: the features, impact and benefits of NVIDIA GeForce GPUs, NVIDIA PhysX technology, NVIDIA 3D Vision technology, NVIDIA SLI technology and the combination of Sandy Bridge and NVIDIA SLI technology; and the effects of the company's patents on modern computing are forward-looking statements that are subject to risks and uncertainties that could cause results to be materially different than expectations. Important factors that could cause actual results to differ materially include: global economic conditions; our reliance on third parties to manufacture, assemble, package and test our products; the impact of technological development and competition; development of new products and technologies or enhancements to our existing product and technologies; market acceptance of our products or our partners products; design, manufacturing or software defects; changes in consumer preferences or demands; changes in industry standards and interfaces; unexpected loss of performance of our products or technologies when integrated into systems; as well as other factors detailed from time to time in the reports NVIDIA files with the Securities and Exchange Commission, or SEC, including its Form 10-Q for the fiscal period ended July 31, 2011.

Copies of reports filed with the SEC are posted on the company's website and are available from NVIDIA without charge.

© 2011 NVIDIA Corporation. All rights reserved. NVIDIA, the NVIDIA logo, 3D Vision, CUDA, Fermi, GeForce, PhysX, and SLI are trademarks and/or registered trademarks of NVIDIA Corporation in the U.S. and /or other countries. Other company and product names may be trademarks of the respective companies with which they are associated. Features, pricing, availability, and specifications are subject to change without notice. 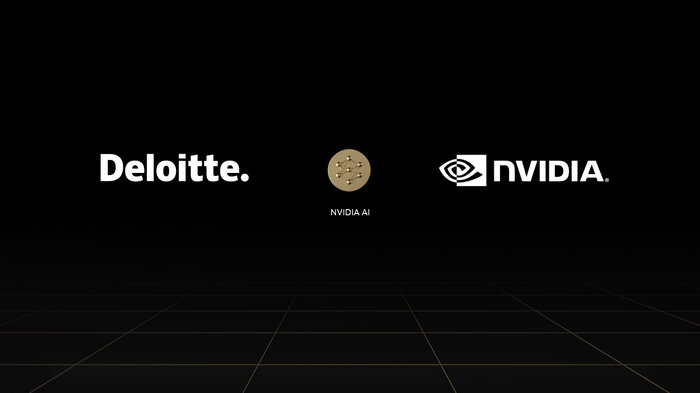 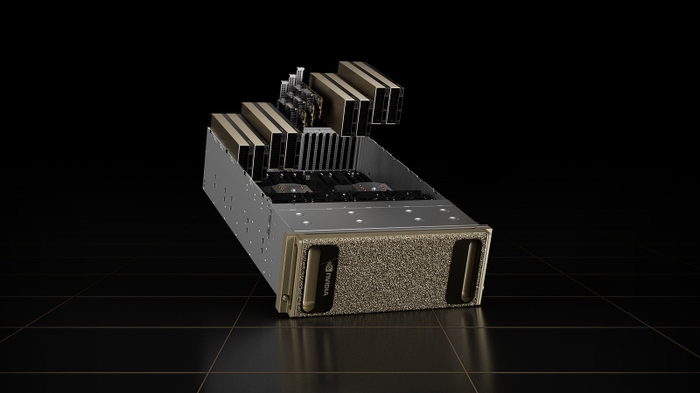 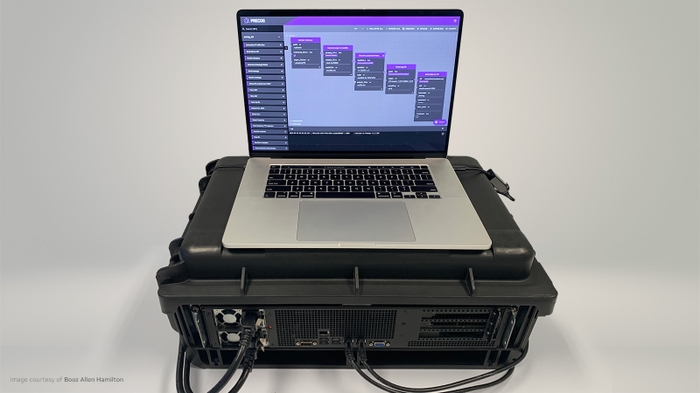 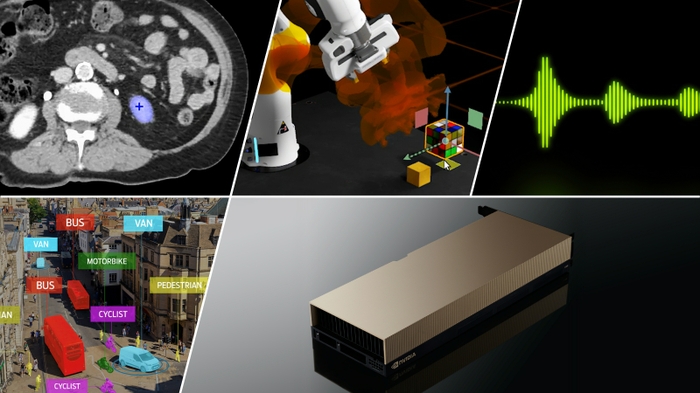 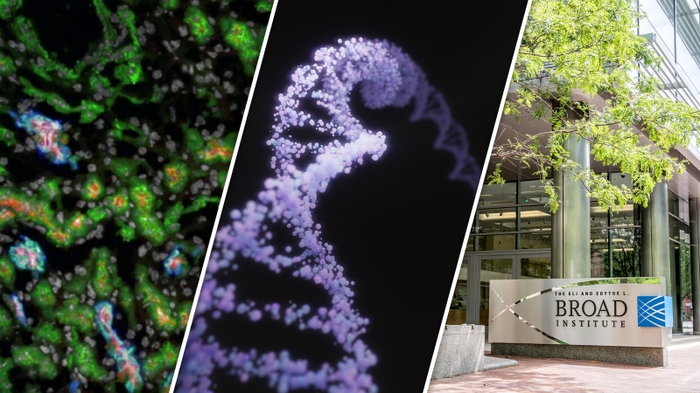